I’ve been away for quite a while. I’ll post more on the reasons why later but for now I wanted to post something I was inspired to write a few days ago by someone on Twitter.  So for Rareawards for the original inspiration and for Burnt Toast who gave me some well needed chuckles tonight, here is…

He’d been in mid-tweet, one hand typing furiously, the other wrapped around a fat ham sandwich loaded with mustard. That’s the last thing he remembered before the blinding light. Opening one eye carefully, he saw a shimmering golden gate, a bemused man standing to the side of it, the letter P emblazoned on his flowing robes.

“I wouldn’t be in such a rush,” the figure intoned. “Quite a number of souls up here just wanted to have a last look…” he trailed off.

“I don’t know how this happened!”

“Well, you were gasping, shouting, ‘Heimlich, Heimlich’ as loud as you could, but not a single lazy, box of rocks came to your aid. They all thought you were suggesting a name for another empty Cabinet position.”

“Don’t you know who I am? I’m the greatest, the best…” DT stopped when he saw P laughing so hard the tears were rolling down his face.

“Oh, oh, sure, I get it”, muttering, he reached into his pocket. DT pulled out a large roll of $100 bills. Rubles, yen and KPWs came tumbling out as well.

“Put that away,” P waved his hand, “we don’t take those commodities here.”

“Yeah, of course, ok…how about a nice penthouse overlooking the Moskva? 50 mil easy, it’s huuge. Some new golf clubs too?”

“Enough of you,” DT shouted, “I want to speak to your boss!”

“Too busy to see ME? Not possible. I’m huuuge!”

“Don’t worry, they’ll put you on a diet. And the heat will sweat some off too.”

DT narrowed his eyes, “Then give me the next one in charge,” he huffed.

P’s eyes crinkled in amusement. “He’s not a big fan either. Probably back from when he had to flee and seek asylum during his birth.”

DT cast a glance to each side of the gate. The Wall seemed to stretch forever. He wondered briefly who the builders were and how much it had cost until he saw thousands of eyes peering back at him. Some he thought he recognized from fake news articles and briefings. Waving those thoughts away, he turned back to P.

“What’s it gonna take to get inside? I know people, I can make anything happen!”

“Oh, how well we know that, sir. We’ve been watching. You made the trees in National forests disappear to loggers. Thousands of dolphins, whales and other sea creatures died from percussion tests to look for oil. Air quality and water purity declined, causing untold suffering and deaths. Methane and CO2 increased when you rolled back all those environmental protections. That’s going to make the planet pretty unlivable soon. Don’t get me started on how many species were affected by taking them off the Endangered Species list. Health care was decimated. You corrupted a lot of people, directed them to do your dirty work so your smallish hands stayed cleaner. And that’s just in the last couple of years…if we go back to the 70’s…”, P trailed off when he caught DT eyeing the Wall again.

“There must be SOMEBODY behind those gates to vouch for me!”

DT sat down heavily on the ground. “Hey, I’m getting thirsty, can I have some water?”

“We normally don’t get lingerers here; most people have figured out they’re not wanted by this point. I just poured out the last few drops. That’s unfortunate, as your next stop has little to none.”

DT fumed, reached for his phone, ready to tweet his disgust when he realized he must have left it behind.

“I’d love to have you stay and chat, but time is a’wastin,” P said cheerily. I’ll have to say, ‘No posada’ which I do believe is the only Spanish you know but one consolation for you, Mr. T, you’ll sure have a lot of friends where you’re going. They’ve really been looking forward to this little reunion.”

a little bit of something for everyone. Take a look at it here and enter to win a free copy!

Best of luck to all and Follow me on Amazon or Facebook to learn more about up and coming releases and contests.

See this #AmazonGiveaway for a chance to win: Illuminated by Darkness: A Collection of Dark, Deviant, Demented, Naughty and Macabre Short Stories and Poetry. https://giveaway.amazon.com/p/91f034421add785b NO PURCHASE NECESSARY. Ends the earlier of Oct 27, 2017 11:59 PM PDT, or when all prizes are claimed. See Official Rules http://amzn.to/GArules.

Here’s some places to find me. 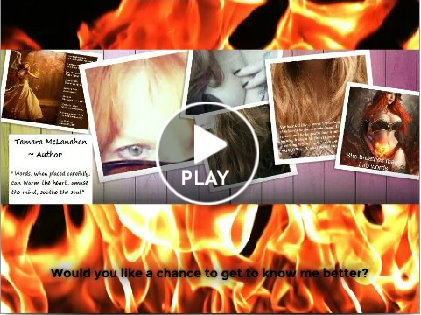 My first review for The Arrangement. ♥
How about that! Have you read it? Won’t you review it if you have? New authors need all the help they can get so please, if you do, won’t you review? Thanks in advance!

Tara and Joel have an Arrangement
By Rose Howseon June 6, 2017

And boy is it HOT! Through internet connections, private chats and phone conversations, Joel and Tara come to an agreement that could fulfill their fantasies. Contracts have been signed and the time has come to start their adventure. Keep your fan on and a spare pair of panties there is a bit of steam produced by this hot, kinky story.

She’d responded over the internet to his letter. They’d corresponded, spoken by telephone and the details had been set. He’d specified that she was to tell no one of her destination nor any part of their arrangement. She’d even signed a paper to that effect. Joel’s darkest desire had always been to have a slave for a time. An incommunicado consensual abduction with complete servitude. Her body to do with as he wished, an ultimate fantasy come true.

As for telling anyone, there was no chance of that. Her compliance came easy. She had no one to tell. 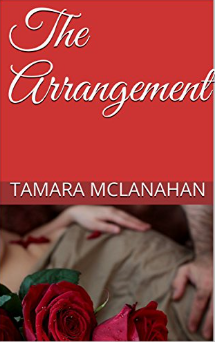 She’d inhaled the crisp night air as she stepped from the A frame log retreat, her breath a small puff that quickly disbursed. From behind her came the quiet gurgle of the stream they’d played in earlier. Her white shorts had stained so badly green from falling on her arse repeatedly she’d never get them clean again. But no matter, it had been well worth it. She’d squinted into the dark, the silhouette of Massanutten rising from the earth, powerful and majestic. They’d hiked that just this morning and was another memory she’d carry. That of a canteen of bracingly cold water, of eating tuna fish sandwiches with a slice of cheese on them. She loved cheese but this was a first for being paired with tuna. The occasional craving remains.

A sound in the distance. A baleful howl of an animal but she felt safe, her friends asleep behind an easily accessible door should she simply turn around and take a step back. But she didn’t want safe, not tonight. Another breath, a moment to be vaguely curious as to the source. Settled, solemn and at that precise second, at peace, not an easy frame of mind for her, especially at the turbulent age of sixteen , but then she lifted her eyes skyward.

Awestruck. For that moment in time, she took it all in. The Milky Way splayed across the sky, the night air wrapping around her, not knowing her place in the cosmos but open to learning. Her heart sped up, breathing increased. An nemophilist suddenly realizing the occhiolist beauty of the Universe. A hundred million and more twinkling lights in the dazzling panoramic sky and why was she here? Only the passage of time would tell. But she’s typing this now and remembering. And maybe that’s a small part of the puzzle. ~Tamara McLanahan

Have you seen what we’re up to in the Wicked Pens? Come take a look, join us.

With that first drop upon my tongue,
A honeyed dew I crave to taste.
As passion’s tempest overtakes,
Ensuing drops I dare not waste.
How sweet the sounds that from your lips,
Urging attentions to employ.
Each new caress as you sustain,
An edge you’ll willingly enjoy.
Now deeply as I part your mind,
Desires darkly burn, inflamed.
The flesh that trembles as engulfed.
A succulence happily claimed.
~Tamara McLanahan
I wrote this over a year ago. A reminder…
The Indie author universe is a fragile one for some. Each day, authors struggle to make their dreams a reality. Many of the systems work against their success. Please encourage them to continue their writings. If even one author is so discouraged as to never write again, it’s a loss to us all. Every author lost is a voice silenced. Support them in their efforts.
Read them, review them, don’t return their books.
http://eroticauthorsguild.org/ownit/
EROS Agendas
Create a free website or blog at WordPress.com.